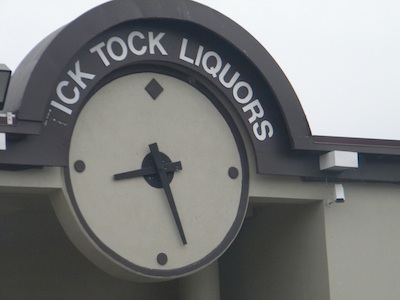 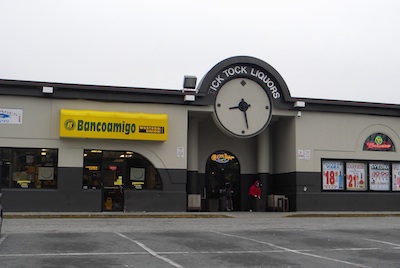 Tick Tock Liquors is owned by Ravinder Kaur Melhi, 49, who with husband Amrik Singh Melhi, 51, was charged with conspiring to transport untaxed cigarettes and alcohol in Maryland and Virginia. Other companies owned or affiliated with the Melhis have been active in political contributions to county officials. (Photos by Maryland Newsline's Michelle J. Nealy)

Among the recipients were the campaigns of former County Executive Jack Johnson and his wife, County Council member Leslie Johnson. The Melhi Corp. and Tick Tock Management, headquartered on University Boulevard in a building with Tick Tock Liquors, contributed more than $13,000 to the campaigns of local elected officials between 2001 and 2010, according to a review of campaign finance contributions filed with the Maryland State Board of Elections. Maryland Newsline's review of campaign contributions filed online for the last three election cycles showed that the Melhi Corp. contributed at least $3,150 to Jack Johnson's campaigns between 2001 and 2004. Tick-Tock Management gave $1,500 in contributions to Leslie Johnson's campaign for County Council in June.

Tick Tock Liquors is owned by Ravinder Kaur Melhi, 49, who with husband Amrik Singh Melhi, 51, was charged Nov. 15 with conspiring to transport untaxed cigarettes and alcohol in Maryland and Virginia.

The couple was accused of paying off law enforcement officials, including Prince George's County Police Cpl. Chong Chen Kim, 42, of Beltsville and Sgt. Richard Delabrer, 45, of Laurel, to help in transporting the untaxed goods.

Their campaign contributions to local officials appear to have been legal, according to the rules outlined by the Maryland State Board of Elections. But they are an example of one way the Melhis attempted to influence power in the county during the last decade. "Large campaign contributions make it difficult for politicians to ignore contributors' calls or meeting requests," said David Levinthal, spokesman for the Center for Responsive Politics, a campaign finance watchdog group in Washington. "They increase the probability that a contributor will have their voice heard on a problem that they need solved or concern they need addressed. But there's no guarantee." The Melhis could not be reached for comment. Maryland Newsline's review of campaign contributions showed a number of other contributions made by Melhi companies during the last three election cycles. The Melhi Corp. contributed at least $1,500 to Rushern Baker III's unsuccessful campaign for county executive in 2006. And it contributed at least $2,550 to former County Sheriff Michael Jackson's campaigns between 2003 and 2006, a review of documents showed. Tick-Tock Management contributed $500 to Jackson's campaign in 2008. All told, Tick-Tock Management gave at least $3,500 in campaign contributions in the three election cycles, including $1,500 in 2009 and 2010 to state Delegate Victor Ramirez of Cheverly, who ran successfully for state Senate this year. The Melhi Corp. gave about $10,000 total during the three cycles to local candidates, including $500 in 2005 to state Delegate Joanne C. Benson, who this year won a seat in the state Senate. During a four-year election cycle, a business can contribute up to $10,000 to multiple political campaigns, said Ross Goldstein, deputy administrator for the Maryland State Board of Elections. A business can contribute up to $4,000 to a single candidate in that cycle. There is no guarantee that a contributor will have more access to an elected official than anyone else, said Levinthal. But "the more you contribute, the greater your odds are of having a strong connection more willing to do your bidding."