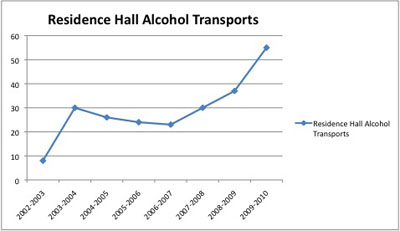 Emergency transports from dorms to hospitals due to alcohol over-consumption have been steadily climbing over the last four years, from 23 in 2006-2007 to 55 in 2009-2010. Graph by Maryland Newsline's Tami Le. Source: University of Maryland Department of Resident Life Office of Rights and Responsibility.

Emergency Transports for Alcohol Abuse on Rise at U. of Maryland

COLLEGE PARK, Md. – The number of students receiving emergency transports from University of Maryland residence halls to hospitals due to alcohol abuse has been steadily climbing over the last four years, according to Department of Resident Life data.

There were 23 incidents of students being transported from dorms to hospitals for alcohol over-consumption between June 2006 and May 2007. The number jumped to 55 between June 2009 and May 2010, according to data from Resident Life.

Only eight emergency transports were reported in the 2002-2003 cycle, when Resident Life began tracking the calls.

This rise comes as alcohol-related “incidents” at University of Maryland residence halls are also rising -- from 268 in to 2006-2007 reporting period to 392 in the 2009-2010 period, Department of Resident Life records show. The last time alcohol incident reports were this high was in 2003-2004, when there were 395 alcohol-related incidents. (See chart, bottom of page.)

Incident reports are written for underage alcohol use or possession of alcohol by any student in nonpermitted areas, said Keira Martone, manager of Resident Student Conduct. Starting in June 2007, they also included incidents when students required medical attention but did not need an emergency transport, she said.

University Police say underage drinking is a factor both in the incident reports and the emergency transports, and also in the victimization of students late at night. “It’s not always underage students who are victimized, but a lot of times it is,” said Capt. Marc Limansky of the University Police.

Added University Police Sgt. Kenneth Leonard: “More of the transports tend to be underage students than of age.”

Warren Kelley, assistant vice president for Student Affairs, attributes the increase in emergency transports to the university’s new informal protocol on promoting responsible action in medical emergencies. It recommends that intoxicated students not receive disciplinary action for violating alcohol policy when they call for medical assistance for themselves or for a friend.

Kelley said before conversations on this heated up about three years ago, students were worried about getting into trouble if they called for help.

Student Government Association Chief of Staff Michelle McGrain said many students and faculty are pushing for the protocol's adoption as a formal policy under the name Good Samaritan.

Kelley also wonders if the jump in alcohol incident reports in dorms represents a real trend.

A review of data from the last 10 years does not show a straight line upward, but dips and rises. The increase was straight up for the last four years.

He added if there is real growth in alcohol-related incidents, the university would need to look at the interventions in place and see how they could be made more effective. 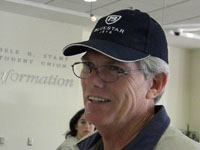 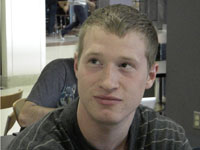 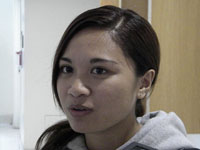 Alcohol Awareness and Prevention from the University of Maryland Alcohol Coalition

The university’s alcohol policy allows students who are over 21 to drink in their dorm rooms but not in public areas like lounges or quads. “We are not a dry campus,” Martone said.

Students and parents expressed varying opinions on whether alcohol abuse on campus is a big problem.

Susan Goldberg, whose daughter is a senior at the university, said, “Of course as a parent, you’re always concerned. …We don’t want anything bad to happen to our children or to our students.”

She said underage drinkers are more at risk, because they lack maturity and judgment and are away from their parents for the first time.

“As a parent … you have to hopefully instill some of the right values and ideals of what’s appropriate and what’s not,” she said.

Goldberg, a member of the university’s Parent Advisory Council, said she likes what the university is doing, especially with the Good Samaritan initiative, but would like to see better communication between the university and the Route 1 business corridor.

Four young men were stabbed – three of them underage students – outside the Thirsty Turtle bar and restaurant in October, after an altercation inside spilled onto the sidewalk. The owner, who had faced earlier citations from the Prince George's County Liquor Control Board, relinquished his liquor license in November.

Some students, including communications major Jeffrey Wettengel, 19, said they don’t see a problem with drinking in the dorms. But Wettengel said it’s easy for students to violate university alcohol policy because resident assistants can’t check a dorm room with no reason.

Maryland law says underage drinkers must be caught in the act to be cited by police, Limansky said. But if they are over 21 and are caught in possession of an open alcoholic beverage in the residence halls, they are not typically arrested, he said.

“It would be silly to arrest one person after another," he said. "Our whole staff would be down in Hyattsville processing prisoners for alcohol consumption."

The bottom line, said University Police Chief David Mitchell, is “there needs to be some self restraint, self discipline, of anyone who consumes alcoholic beverages, either lawfully or underage.”

What procedures are followed when students are found to have abused alcohol policies?

First-time offenders who are caught in the dorms usually will be put on housing probation for a semester, said Kelley. They are required to take e-CHUG, an online assessment of how much they drink, and to meet with a Health Center counselor about the results for a brief motivational intervention, Kelley said.

If the violation is repeated, the office of Rights and Responsibilities can terminate the student’s housing.

When a student violates the school’s alcohol policy outside the residence halls, the incident is reported to the Office of Student Conduct, where students will either be reprimanded or put on academic probation, said Tamara Saunders, assistant director of student conduct. Generally punishments include educational components, such as an online survey or an ethics paper.

“We have to make sure students are making good choices,” said Saunders, who said the university also prepares presentations for incoming students each summer.

Kelley, who also serves as chairman of the University of Maryland Alcohol Coalition, said each year incoming freshmen receive a letter telling them they are required to take an online educational survey called AlcoholEDU. Kelley said 95 percent to 96 percent of the students take the survey.

The university tries to provide students with alternative non-alcoholic events, such as Eppley After Dark, where students can enjoy music, snacks and socializing without alcohol, Kelley said. “The whole idea is to give students something to do besides going to bars and drinking." The program, which started three years ago, is put on twice a year.

Residence hall staff and different groups conduct educational programs throughout the year in the dorms, but there is no centralized alcohol effort, said Martone. Staff does, however, try to educate students about the university’s alcohol policy through poster campaigns, she said.

Resident Life also puts on mix-off events where students can play games and have mock-tails to enjoy themselves without alcohol, Kelley said.

Senior computer science transfer student Mark Stewart, 24, said he doesn’t think there’s much more the university can do to regulate its alcohol policy.

“It strikes me as the kind of thing that would be really difficult to control … particularly in a school of tens of thousands of students," Stewart said.

“It would be great if no one ever did stupid stuff when they were drunk, whether underage or not.”

Goldberg, the Parent Advisory Council member, said, “Are they doing enough? I don’t know what more they can do.”

There’s certainly not been a “lack of effort or trying,” she said. 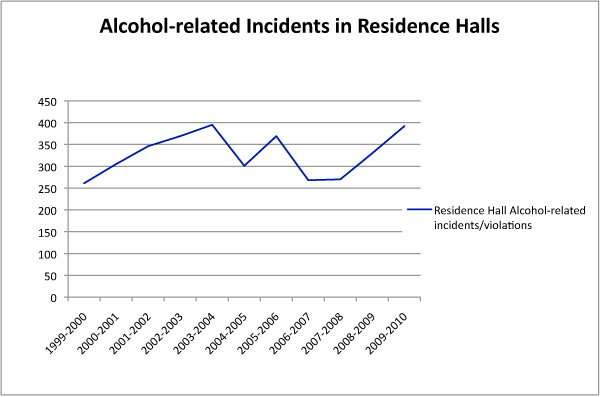 Alcohol-related incidents in the dorms hae been rising over the last four years. climbing from 268 in the 2006-2007 reporting period to 392 between June 2009 and May 2010. Incident reports are written for underage alcohol use or possession of alcohol by any student in nonpermitted areas. Since June 2007, they also included incidents when students required medical attention but did not need an emergency transport. By Maryland Newsline's Tami Le. Source: University of Maryland Department of Resident Life office of Rights and Responsibility.