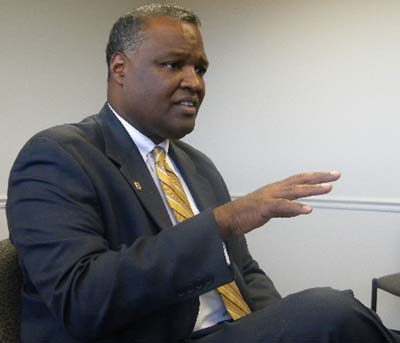 Baker Administration to Focus on Education and the Economy

"If we don't grow our jobs here, we're going to be in trouble," Baker said Wednesday.

Baker said that his transition team is working to develop an administration that will help bring new businesses and government facilities to the area.

Some in the business community said they were excited about those plans. "We see him as a visionary who recognizes the connection between business, jobs and the revenue stream we need to provide high-quality services in the county," said M.H. Jim Estepp, chief executive officer and president of the Greater Prince George's Business Roundtable.

Estepp added that what business needs from government is consistency. "We can't have rules change so frequently that it scares investors away," he said.

Improving the county's public education system, which is one of the worst-performing in Maryland, will lure new businesses, Baker said. Baker said teachers will not be fired or furloughed for budget reasons under his leadership.

"I've said this during the campaign, and I mean it," Baker said. "For budgetary reasons, we are not going to furlough or fire teachers."

This school year, Prince George's County Public Schools implemented furloughs that require staff - including teachers - to take up to nine days off without pay. Four hundred thirty-five administrative and staff positions were cut, and 115 staffers were laid off. No teachers were laid off, said Darrell S. Pressley, chief communications officer for Prince George's County Schools.

"What I've said to the superintendent is, 'Let's work together on how we don't do that,' " Baker said of potential layoffs.

Pressley said in an e-mail response: "Mr. Baker has made education his No. 1 priority, and we look forward to working with him during the FY 2012 budget process, to ensure that the school system is adequately funded both at the County level and at the State level to meet the needs of our children. We are exited that Mr. Baker understands that having teachers in school all 190 days is critical to the success of our system, and we will work with him to make that happen."

Positioned between Washington, D.C., and Annapolis, Baker said Prince George's County is ripe for development. "But [economic development] won't happen unless we are aggressively going out and working at how we lure federal facilities here," he said. "We have some, but there is opportunity for more." 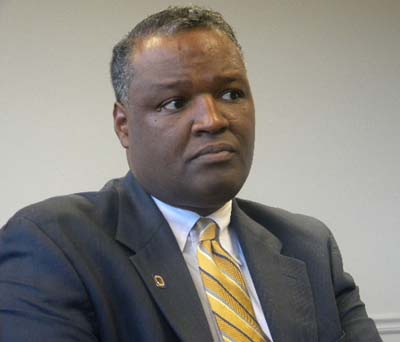 Under the federal Base Realignment and Closure plan, Andrews Air Force Base is slated for expansion.

"We have to take advantage of the BRAC realignment, not just making sure that the base expands, but that those who do business with our defense contractors locate here in Prince George's County," Baker said.

Estepp said Andrews has "already got almost a billion dollars worth of construction underway ... new offices, new facilities and a new secure conference center that will need hotels and restaurants."

In June, Maryland Gov. Martin O'Malley announced plans to relocate the Maryland Department of Housing and Community Development from Anne Arundel to Prince George's County as part of his transit-oriented development initiative. The initiative aims to house important government facilities and businesses near county Metro stations.

While Prince George's County is already home to federal facilities that include the Goddard Space Flight Center, the National Archives and Records Administration and the Census Bureau, Baker said he will work with Maryland's congressional delegation to bring more federal jobs to the county.

"I'm really looking forward to working with Rushern Baker. I think he will usher in a new era of cooperation in Prince George's County," said Sen. Barbara A. Mikulski, D-Md. "Together, we will fight to bring in additional federal jobs and make sure that we leverage the tremendous government and private-sector assets already there."

Baker, who won the Democratic primary with 44 percent of the vote, had no GOP opposition in the General Election. He will be sworn in Dec. 6.